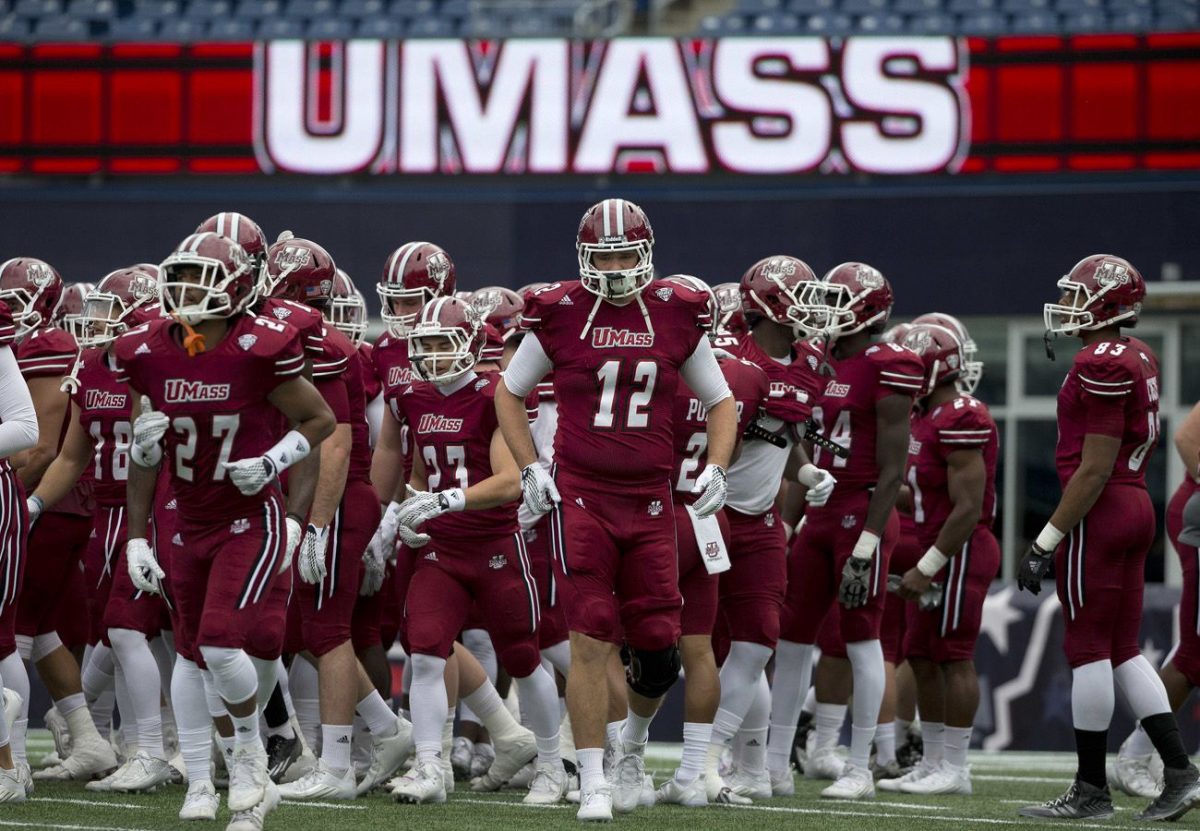 Located in Amherst, Massachusetts, the University of Massachusetts Amherst (UMass Amherst) is a public research and land-grant university. Apart from offering academic programs, the institution invests in sports and athletics. The institution has several teams that represent it in various competitions. Below is a list of the top 10 sports teams at UMass Amherst.

The all-men baseball team at UMass plays in the NCAA Division I program. The team has existed for over 140 years with the first team playing in 1877. Currently sponsored by Adidas and coached by Matt Reynolds, the team has had 11 NCAA Tournament appearances. UMass Baseball organizes baseball clinics throughout the year. The clinics are an opportunity for aspiring college baseball players to showcase their skills to the coaching staff.

The men’s basketball team represents the UMass Amherst in NCAA Division I men’s college basketball. The home games for the team are played at the William D. Mullins Memorial Center. Currently, the Minutemen team participates in the Atlantic 10 Conference. Tryouts are always before the beginning of the season.

The UMass hockey team plays in the NCAA Division I men’s college ice hockey program. The team’s current head coach is Greg Carvel, a former NCAA ice hockey player. The UMass hockey team plays its home games at the Mullins Center. Players that wish to join the team can fill in the UMass Hockey Prospect Questionnaire and shortlisted candidates will be considered by the coaches.

The UMass Minutemen football team played its first match in 1879. The team currently represents the UMass in the NCAA Division I Football Bowl Subdivision (FBS) under the leadership of coach Walt Bell. The Warren McGuirk Alumni Stadium is the main stadium where the team plays their home matches. Students that wish to join the team will have to fill and submit the UMass Football Questionnaire.

Founded in 1930, the UMass soccer team represents UMass Amherst in NCAA Division I category. The team is also currently a member of the Atlantic 10 Conference. The Rudd field located within the UMass is the team’s official pitch. Currently, the team trains and competes under Fran O’Leary who is the head coach. For recruitments and tryouts, the Massachusetts Soccer School offers February and April Break Camps, College ID Clinics, and Summer Coed Day Camps within the UMass campus.

Also called the UMass Minutewomen, the women’s basketball team at UMass represents the institution in NCAA Division I women’s college basketball. The team played their first match in 1968. The current head coach for the team is Tory Verdi. Tryouts are usually before the beginning of the basketball season and interested players are usually requested to turn up for the trials.

The tennis team in UMass is an all-women team that represents the institution in the NCAA Division I category. The team’s head coach is Juancarlos Nunez. The prospect list for the UMass tennis team includes all high-school players that have indicated an interest in the program through the coaches.

The men’s lacrosse team represents UMass Amherst in the NCAA Division I men’s lacrosse category. The team has been under the leadership of head coach Greg Cannella since the 1995 season. The team trains and plays at the Garber field which is located within the campus. Those interested in joining the team are required to fill in the UMass men’s lacrosse program’s Front Rush Prospective Student-Athlete Form.

The field hockey team at UMass Amherst is an all-female team. The team was founded in 1975 and has participated in various tournaments over time. The team currently trains and plays under the leadership of head coach Barb Weinberg. The official home pitch for the hockey team is the Gladchuk Field Hockey Complex. Prospective players need to fill in the UMass Women’s Field Hockey Recruiting Questionnaire for shortlisting.

The softball team at UMass is an all-women team that represents the institution in softball tournaments. The Sortino field acts as the team’s home field. The team that began playing in 1975 is currently under the leadership of coach Kristi Stefanoni. The coaches organize summer camps in which they train interested players. These camps also act as tryouts for eligible players.

UMass Amherst provides students with the opportunity to explore their talents through the various sports available at the institution. The institution also offers scholarships to sportsmen and women in order to allow them to further their education while playing their favorite sport. More information about the sports teams at UMass Amherst is available on their website.