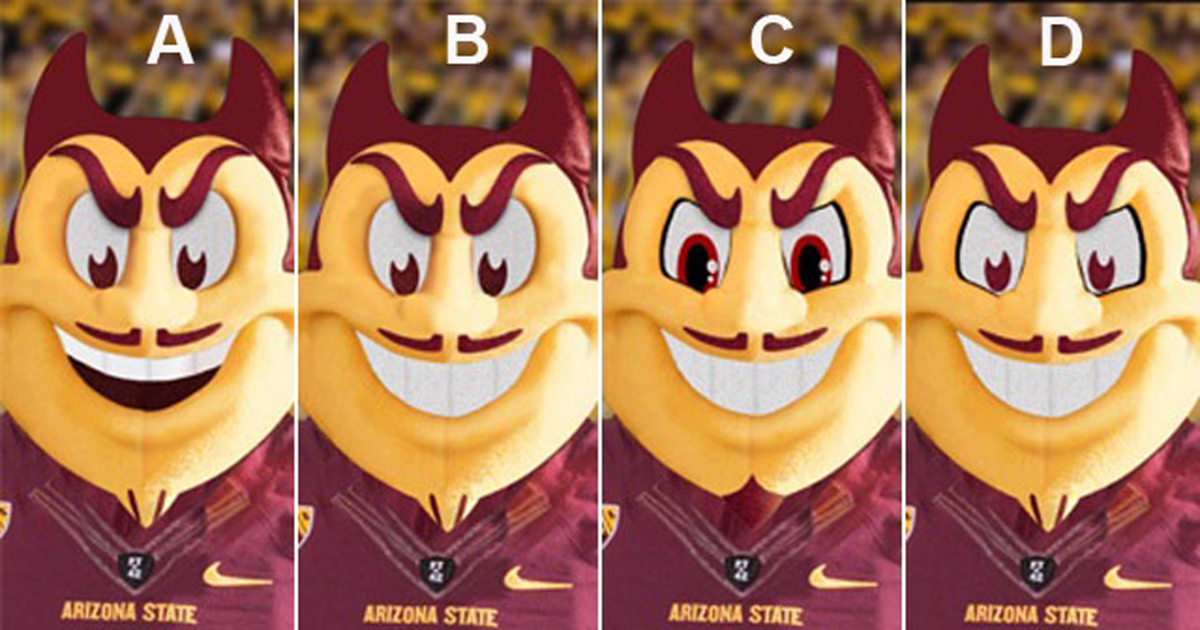 115 degree weather you say? No problem, the desert rat is still out there biking A Mountain, going for a run down Mill Ave or rowing around Tempe Town Lake while you’re spread out under the coolest vent in your place. While you walk into class with sweat glistening every inch of your body, they walk in looking like they didn’t even step out of the car. While you’re ready to pass out from heat exhaustion after the five minute walk to your next class, the desert rat made it there in two, and is waiting OUTSIDE for their friend to arrive.

Jim from the Gym never gained his freshman fifteen. Jim is fit and lets everybody know how much weight he can lift on a daily basis. He drinks a gallon of water an hour and smirks at your bottle of Vitamin Water. He never fails to point out how his paleo diet is superior to your “I need something quick let me grab a pizza” diet, and uses words like “gainz” and asks questions like “have you even heard of cross fit?” At first you were jealous of Jim from the gym, now all you can think about is whether or not he has even tried Five Guys.

Spirit Girl is all ASU all the time. How many ASU shirts does she have?! An ASU backpack, ASU sweatpants, hair clips, water bottle, notebooks! She is at every function and always tries to start the wave. She is an avid poster in the “events and parties” facebook page and her profile picture is of her and Sparky.

This guy is flabbergasting. He has been at ASU for six years (not to mention community college for three years before that) and doesn’t yet have a single degree. He has changed his major from biology to education, to accounting to culinary arts, to film to psychology and now he’s an English major and he still has about two more years. What’s crazier is this guy is in no hurry to finish his bachelor’s degree and is thinking about switching to sociology…he’ll probably do that next semester.

Yay, your professor in your hardest class is going to grade on a curve! Oh just kidding, you happen to land the class with the “curve killer.” No matter how hard this class is, this student happens to get over a 90% every on his/her test every. single. time. So you scored a 73% and you look over the shoulder of the curve killer, praying that they scored low…but more than likely they received a 98%. The most obnoxious part of the whole ordeal is that they are most likely to say “ugh I totally failed this test” right before they blow you out of the water.

The Party Starter is the most obvious one to spot. He/she is incredibly outspoken in class, always laughing, and showing up to morning classes with sunglasses and a cup of coffee. Often when you find yourself sitting in behind them, you notice every conversation with their friend starts with “the craziest thing happened last night” or “wow I didn’t even realize I texted my ex last weekend.” This person seems fun at first, but halfway through the semester you realize that their skin looks like it’s about to fall off from drinking three nights in a row every week, and they suddenly can’t remember half the things they did over the semester.

The Balloon Popper is The Party Starter’s arch enemy. They have had one sip of alcohol in their life, and scorn anybody who might suggest that a party tonight might be more fun than studying for the tenth night in a row. The Balloon Popper rolls their eyes at The Party Starter, and buries their nose in a text book whenever a story is about to be told. Their motto is “my parents aren’t spending 10k a year for me to be drunk” and “if I go out tonight I’ll fail the final that is coming up in two months!”

Miss Culture has been to twenty-three countries and four continents. She knows three languages and has built homes in Mexico, educated orphans in Taiwan and cleaned up the environment in China. Miss Culture knows everything about anything when it comes to traveling, the cheapest places to stay, the best places to eat, sights to see, and constantly insists that you must visit these ten countries. She is most likely majoring in sociology or anthropology.

The know-it-all, no matter how obnoxious it is to admit, really does know it all. He/she is always right when they answer a question in class, and can always explain it. Even when it makes absolutely no sense to you, The Know-it-all acts like this concept is common knowledge so can we please move on now? Luckily, The Know-it-all likes people to think of him/her as smart, so they are generally happy to turn around and explain the concept step by step. You typically thank them once you understand, then stare in awe at the back of their head for the rest of class.

The conspiracy theorist is constantly questioning the validity of what your professor is saying. They are constantly raising their hand and causing lectures to stop just so they can argue whether or not black holes do exist (this is a child development class for crying out loud!) or whether or not the government is trying to kill us all with GMO’s. Every time The Conspiracy Theorist’s hand goes up, you groan a little because you know he will be the cause your professor doesn’t get through lecture before the next test. The Conspiracy Theorist typically has an “I’m better than everyone” attitude and calls people who don’t agree with them “sheep.”

Watch what real students say about OneClass Textbooks (www.oneclass.com/textbooks) and how much money you can save!

Do NOT follow this link or you will be banned from the site!